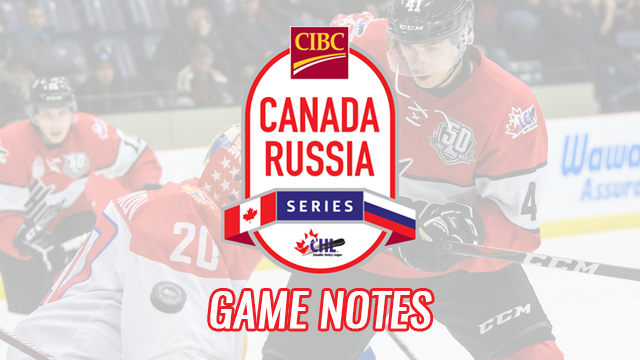 LAVOIE, POULIN REMAIN ‘A’ RATED SKATERS: NHL Central Scouting’s November Players to Watch List was unveiled earlier this week and Team QMJHL forwards Raphael Lavoie (Halifax Mooseheads) and Samuel Poulin (Sherbrooke Phoenix) remained atop the QMJHL list as ‘A’ rated skaters, indicating they could very well be first round picks in the 2019 NHL Draft next summer.

CHL’s POWER PLAY STRUGGLES CONTINUE: The CHL is a collective 0-for-16 on the power play to this point in the series as compared to Russia’s 2-for-11 showing. The CHL has never been held scoreless on the power play in the history of the event.