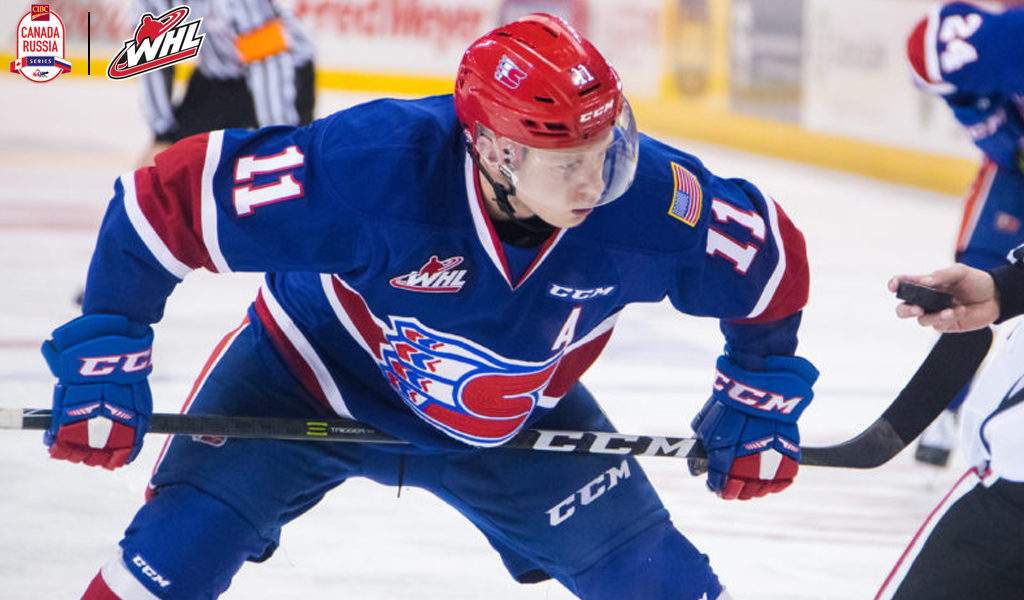 Toronto, ON – The Western Hockey League, in collaboration with the Canadian Hockey League and Hockey Canada, announced today that forward Jaret Anderson-Dolan of the Spokane Chiefs has been added to Team WHL’s roster for the 2018 CIBC Canada Russia Series.

Anderson-Dolan, 19, was re-assigned from the NHL’s Los Angeles Kings Monday after opening the 2018-19 NHL season with the Club. In five games with the Kings, Anderson-Dolan registered one assist. He was originally a second-round selection (41st) of the Kings at the 2017 NHL Draft.

Anderson-Dolan previously competed on the international stage, serving as captain of Team Canada at the 2017 U18 World Championship. He was also an alternate captain for Canada White at the 2015 World U17 Hockey Challenge, helping his nation earn a silver medal.

Team WHL opens the CHL’s six-game series against the Russian National Junior Team on Monday, November 5 at the Sandman Centre in Kamloops, B.C., before continuing Tuesday, November 6 at the Langley Events Centre in Vancouver.