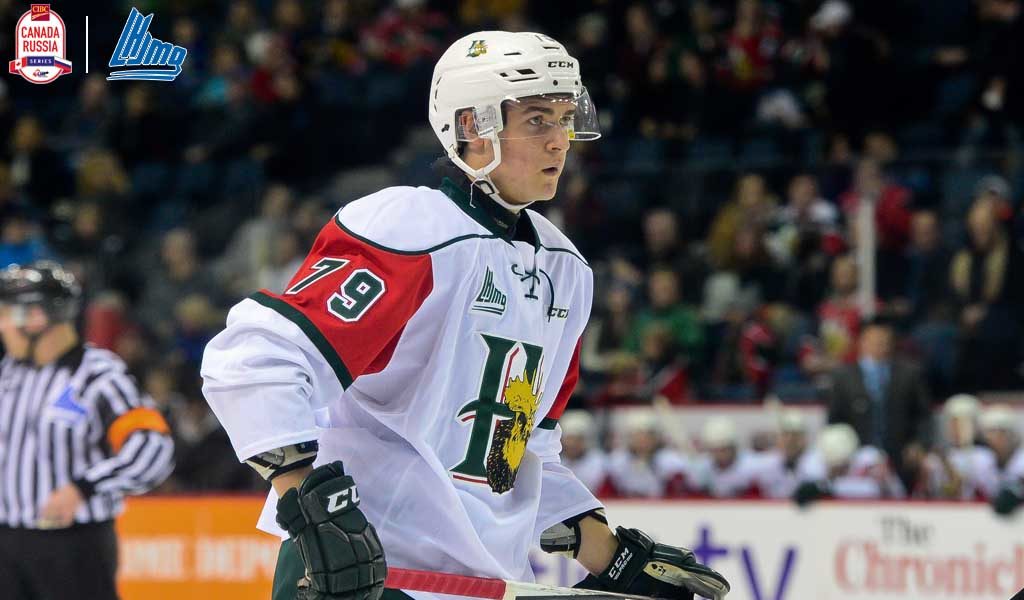 The Quebec Major Junior Hockey League, in association with the Canadian Hockey League, announced today that Halifax Mooseheads defenceman Jocktan Chainey has been added to the QMJHL team for the 2018 CIBC Canada Russia Series.

On the QMJHL roster, Chainey will be joining a few of his Halifax teammates such as Justin Barron, Benoît-Olivier Groulx, Raphaël Lavoie, Jared McIsaac and Antoine Morand.

The blueliner from Asbestos, Quebec collected 40 points in 66 games last season, including 33 assists. This year, he currently has five points in 14 games played. The 19-year-old was drafted in the seventh round, 191st overall, by the New Jersey Devils in the 2017 NHL Entry Draft.

Originally drafted by the Shawinigan Cataractes in the first round, 14th overall, of the 2015 QMJHL Draft, Chainey was traded to the Mooseheads during his very first season in the QMJHL.

In 15 years of competition against the Russian National Junior Team, the QMJHL has a record of 17-10-3 in this series following a 3-1 win in Charlottetown and a 2-1 loss in Moncton last season.