Revamped Wildcats led by Pelletier have sights set on championship 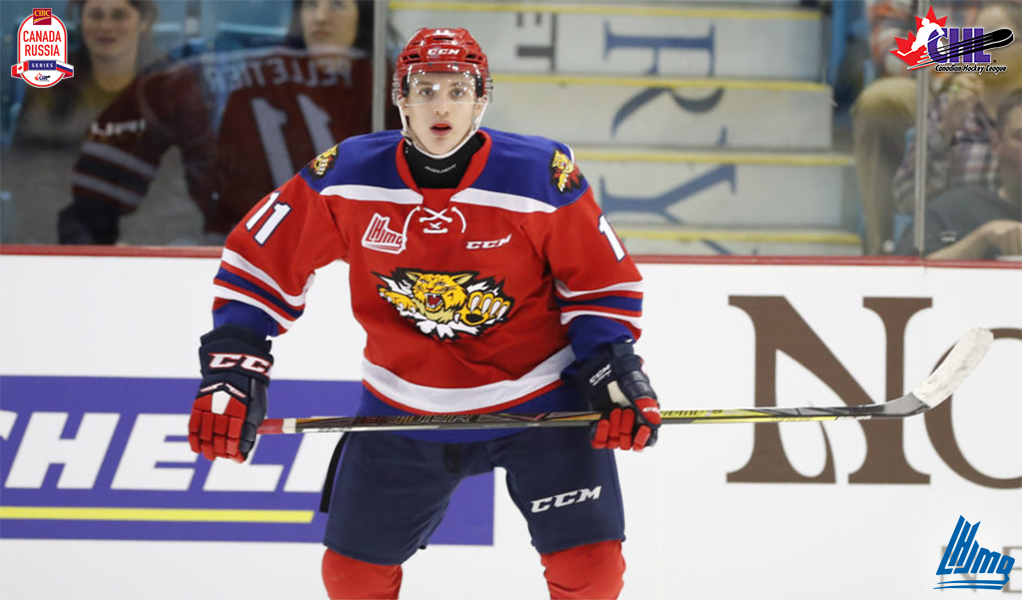 A new home has breathed new life into the Moncton Wildcats.

Moving into the state-of-the-art Avenir Centre in 2018, the shift to the new digs marked a new beginning for the Wildcats, coinciding with a wave of exciting young talent that has since emerged as invaluable veteran leaders for the club.

Headlining the Wildcats is Calgary Flames first-round pick Jakob Pelletier, a dynamic offensive presence who brings strong skating with even better on-ice vision. A noted playmaker, Pelletier made an early impression in his first season with the Wildcats in 2017-18, scoring at above a point-per-game pace to finish third in team scoring with 23 goals and 38 assists and earn a spot on the QMJHL All-Rookie Team.

Not yet finished, Pelletier took his game to the next level as a sophomore, exploding to an 89-point finish and climbing the draft ranks as he one was of only two QMJHL talents selected in the opening round of the 2019 NHL Draft.

In joining Team QMJHL at the 2019 CIBC Canada Russia Series, Pelletier is surrounded by several budding talents who are earmarked for early selection in the coming NHL Draft in Montreal.

It’s a group that includes Drummondville Voltigeurs forward Dawson Mercer, Halifax Mooseheads blue-liner Justin Barron, and Cape Breton Eagles forward Ryan Francis, among others, and as the draft approaches and viewings from talent evaluators increase, Pelletier’s message to his tournament teammates and the next wave of up-and-comers is to stick with the approach that has always made them successful.

“For the new players, I would say just stay the same player,” Pelletier told the Canadian Hockey League. “Work hard and good things can happen. It was just amazing to get drafted by the Calgary Flames. I had a lot of emotion. I think it was just amazing.”

One of 12 players from Team QMJHL who competed in the CIBC Canada Russia Series a year ago, Pelletier returns to the national spotlight with a bout of confidence knowing he has been through the showcase once before and with a better idea of the expectations that come with participating.

“I think it’s going to be a great experience and less stressful than last year,” Pelletier detailed. “I kind of know what to expect.”

Following a good first impression at Flames’ training camp in which Pelletier benefited from a great opportunity to learn alongside the pros, he returned to Moncton this fall as part of a bonafide group that also includes 2019 CIBC Canada Russia Series participant Alexander Khovanov, a Minnesota Wild prospect who stole the show for Russia in Game 1 as he factored in on all fours to tie the team’s single-game points record.

While the two are opposite each other as part of the showdown, with the Wildcats they make up a dynamic duo that has had a terrific start to 2019-20 in totaling 28 points to sit atop the QMJHL’s Eastern Conference.

It’s that sort of success that makes the revitalized Wildcats a contender to win it all for the third time in team history and celebrate a championship in its newly minted home.