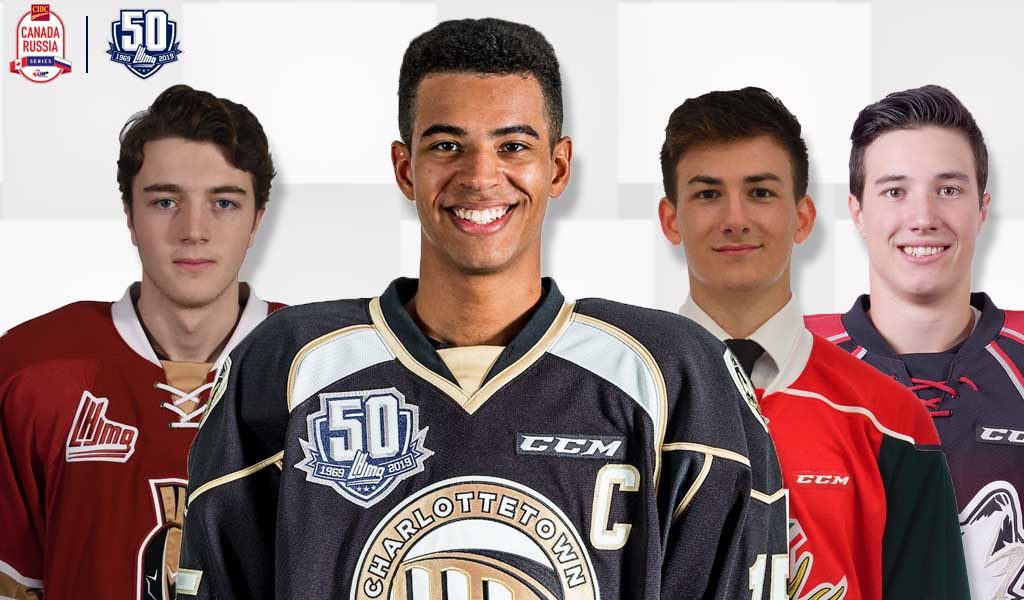 The Quebec Major Junior Hockey League, in association with the Canadian Hockey League, announced today that Pierre-Olivier Joseph of the Charlottetown Islanders will serve as Team QMJHL Captain for the 2018 CIBC Canada Russia Series that will take place in Sherbrooke and Drummondville.

Joseph has been the Charlottetown Islanders captain for the past two seasons after wearing an “A” during his sophomore campaign. Selected in the fifth round of the 2015 QMJHL Draft, the 19-year-old defenceman flashed his skill early in his QMJHL career and convinced the Arizona Coyotes to make him their first-round pick, 23rd overall, during the 2017 NHL Entry Draft. He is no stranger to having a letter on his jersey after serving as Team QMJHL’s assistant captain during last year’s CIBC Canada Russia Series.

Dobson, the 6ʻ03ʺ defenceman, was for his part taken with the 12th overall pick of the latest NHL Draft by the New York Islanders. After winning both the President Cup and Memorial Cup with the Titan last season, Dobson will be taking part in the CIBC Canada Russia Series for the second time this year.

While Harvey-Pinard has not been drafted by any NHL team yet, he did receive an invitation to the latest Vegas Golden Knights training camp. A perfect example of perseverance, he was formerly drafted by Rouyn-Noranda in the eighth round of the 2015 QMJHL Draft. Harvey-Pinard will also be taking part in the CIBC Canada Russie Series for a second straight year.

As for Morand, the Anaheim Ducks made him their second-round pick, 60th overall, during the 2017 edition of the NHL Draft. Just like Dobson, he was a key member of the Titan team that won both the President Cup and Memorial Cup last season. He joined Halifax as part of an off-season trade before eventually being named captain of his new team. Morand is truly a veteran of the CIBC Canada Russia Series, this year marking his third straight time as a member of Team QMJHL.

In 15 years of competition against the Russian National Junior Team, the OHL has a record of 24-5-1 in this series following a 5-2 loss in Owen Sound and a 4-2 victory in Sudbury last season.