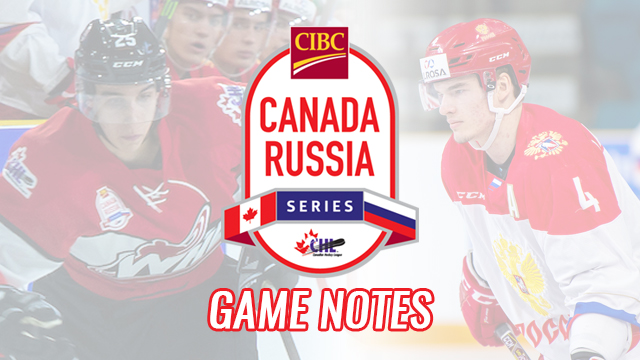 CANES CARRY THE OFFENCE: Lethbridge Hurricanes teammates Dylan Cozens and Jordy Bellerive provided both WHL goals in Kamloops on Monday. It marks the first time since the event was last in Vancouver (2012) that the WHL has won a game scoring two goals or less.

RARE RUSSIAN EDGE ON THE SHOT CLOCK: Despite Monday’s loss, Russia outshot Team WHL for just the third time in the 16-year history of the CIBC Canada Russia Series. They also managed to do so last year in Swift Current, SK in a 4-3 victory.