Series comes down to QMJHL for second straight year 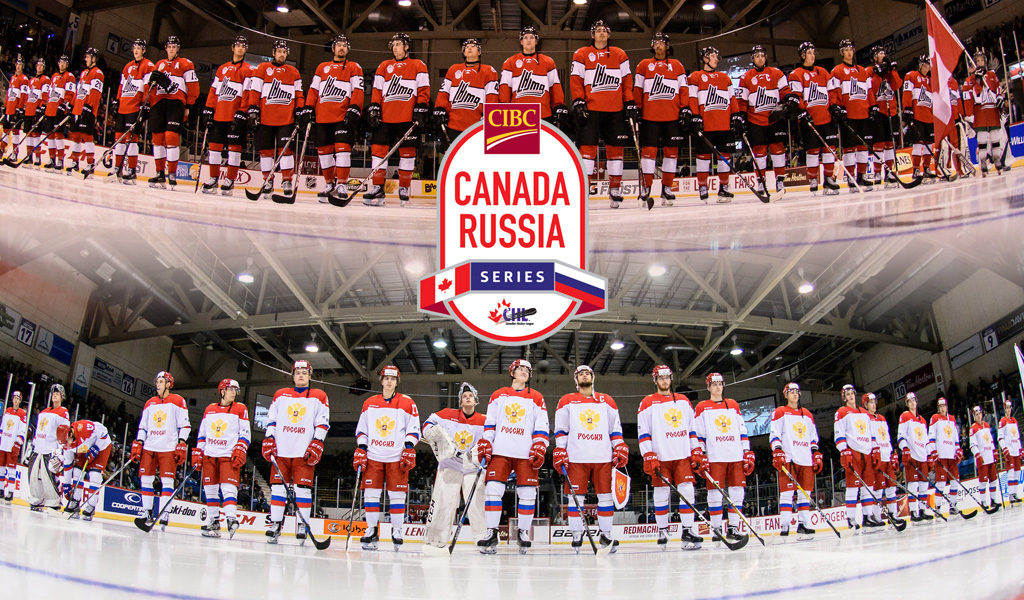 For the second straight year, the CIBC Canada Russia Series heads east to the QMJHL tied at six points apiece.

Series splits for both the WHL and OHL in a quartet of low-scoring, tight-checking contests puts the ball in the court of Team QMJHL, who claimed supremacy in the first ever series shootout finale last year in Moncton.

During tomorrow and Thursday’s games at the @CIBC #CANvsRUS Series, the QMJHL will be showcasing some outstanding players!

Tuesday’s quick Game 5 turnaround in Sherbrooke comes on the heels of a Team Russia 4-0 win over Team OHL in Oshawa, Ont. as goaltender Pyotr Kochetkov stopped all 23 saves he faced in the shutout win.

Canadian National Junior Team assistant coach Jim Hulton (Charlottetown Islanders) takes over behind the bench in Games 5 and 6 as he tries to get the QMJHL’s top Canadian-born talent on the same page in short order.

“The game plan is to come out really, really aggressive and try and use our speed and skill,” Hulton told The Guardian’s Jason Malloy. “The fatigue factor may outweigh any chemistry issues,” he continued. “These Russian kids have flown across the continent, played in Oshawa and now they have to play again. Any eye they might have had is negated a bit.”

Welsh, Hulton’s netminder in Charlottetown, will get the start in Game 5 tonight as Team QMJHL looks to get an edge on Russia when the puck drops at 7 ET/4 PT at the Palais des Sports Léopold-Drolet. Top 2019 NHL Draft prospect Samuel Poulin (Sherbrooke Phoenix) will play before the home crowd.

The QMJHL carries an all-time record of 17-10-3 into tonight’s contest.