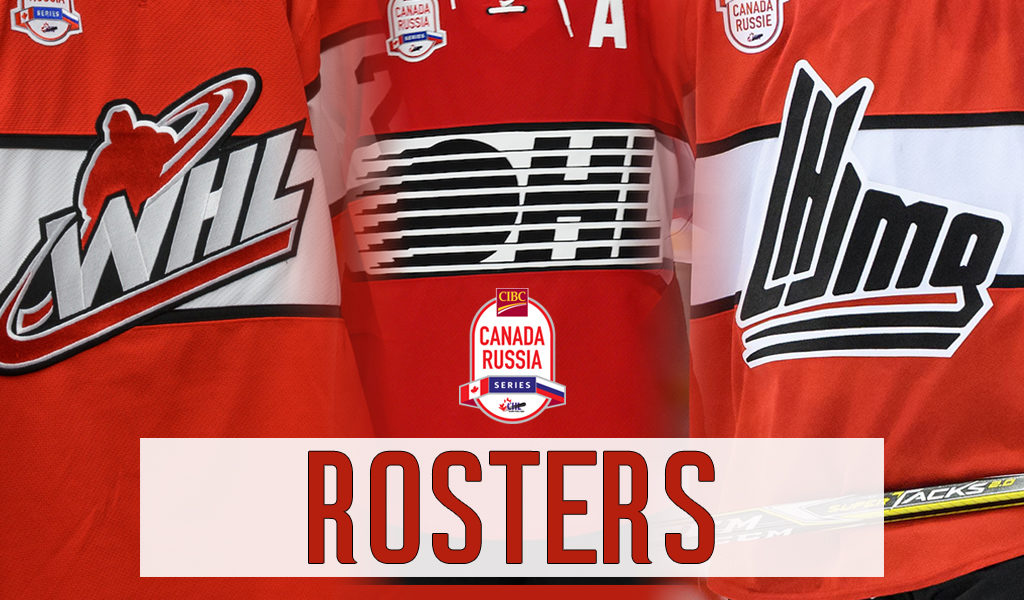 75 CHL players divided into three regional league teams with the common goal of representing Canada at the 2019 IIHF World Junior Championship will take the next step in the evaluation process when they compete against the Russian National Junior Team in a six-game series November 5-15.  The action begins with Team WHL competing in Kamloops on November 5 and in Vancouver on November 6, followed by Team OHL in Sarnia on November 8 and in Oshawa on November 12, and ending with Team QMJHL in Sherbrooke on November 13 and in Drummondville on November 15.

Of the rostered players not yet chosen by NHL clubs, seven have been identified by NHL Central Scouting as potential first round candidates for the 2019 NHL Draft.  That list includes Bowen Byram of the Vancouver Giants, Dylan Cozens of the Lethbridge Hurricanes, Kirby Dach of the Saskatoon Blades, Nolan Foote of the Kelowna Rockets, Raphael Lavoie of the Halifax Mooseheads, Samuel Poulin of the Sherbrooke Phoenix, and Ryan Suzuki of the Barrie Colts.  Also competing is projected top pick in 2020 and reigning CHL Rookie of the Year Alexis Lafreniere of the Rimouski Oceanic.