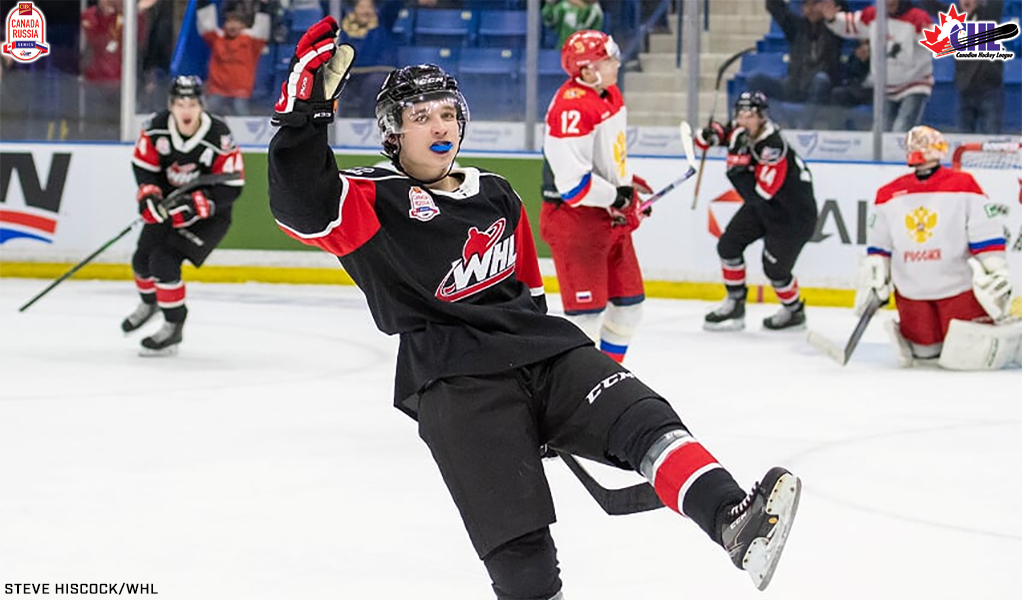 After surrendering a power play marker early in the opening frame, Team WHL trailed for much of its debut contest at the annual showdown before Vancouver Giants blue-liner and Colorado Avalanche first-round pick Bowen Byram got his team on the board with just 22 seconds remaining in regulation.

Maneuvering into the slot, Byram fired a perfect shot by Russian netminder Amir Miftakhov, who up until that point had seemed unbeatable, including several highlight reel saves during a man advantage opportunity for Team WHL late in the final frame.

Carrying the momentum, Team WHL rallied in the extra session when another blue-liner would find the back of the net, this time courtesy of Lethbridge Hurricanes rearguard and Pittsburgh Penguins up-and-comer Calen Addison, who upon receiving a feed from Byram picked a corner on Miftakhov to notch the second goal in less than three minutes for his side that sealed the victory.

While it was the blue line providing the offense for Team WHL in Game 5, also impressive was Blades netminder Nolan Maier, who before his many supporters in the Saskatoon crowd turned aside 25 shots en route to the win column.

“We moved some things around in our lines and in our ‘D’ pairs because we just weren’t generating a lot through 40 minutes,” said Team WHL assistant coach and Blades bench boss Mitch Love. “Give the Russians a lot of credit. They were blocking shots and really clogging up the neutral zone where we were really having trouble penetrating their end of the ice, and then their goalie played well too.

“I thought Nolan (Maier) did a really good job. Not an easy game to play in if you’re a hometown goaltender with that kind of crowd and everything that is going on, but he really settled in and made some nice saves for us when we needed it.” 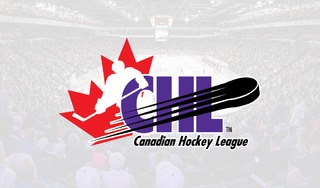