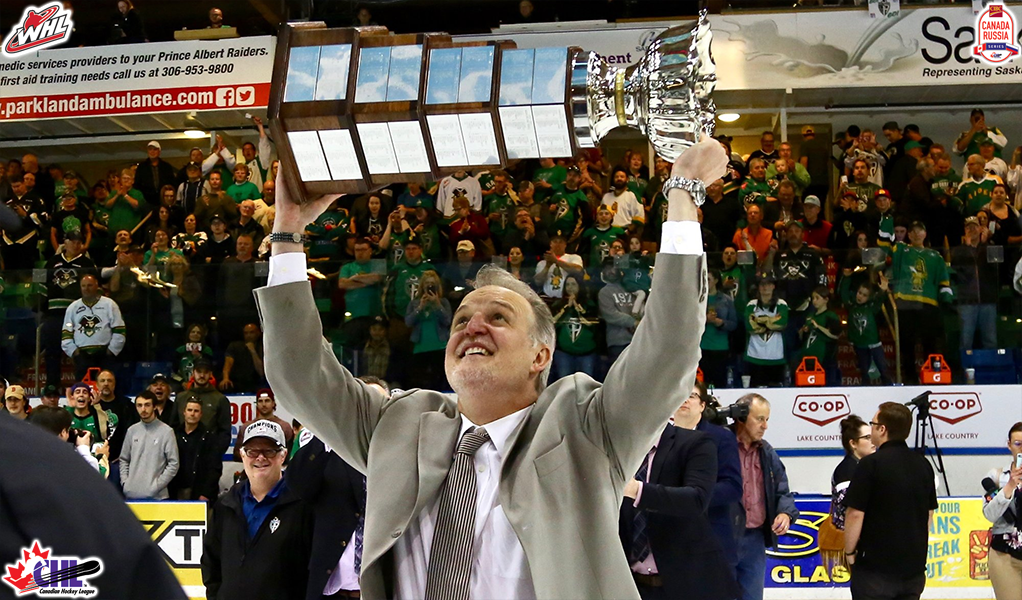 The Prince Albert Raiders have retaken their spot on the junior hockey map.

Hoisting the Ed Chynoweth Cup for the first time in 35 years last spring, it also marked just the second time the historic franchise had advanced past the opening round of the postseason since the turn of the millennium. In all, the season saw the Raiders put together a 19-game win streak, claim 54 victories, and finish with an astounding 112 points.

“The Raider pride was restored,” said Prince Albert head coach Marc Habscheid, who this week is serving as an assistant with Team WHL at the 2019 CIBC Canada Russia Series.

Icing a veteran-laden group to help capture a championship, including unearthed talents like 20-year-old Brett Leason who improved by a 57-point margin to put his name on the draft radar before ultimately hearing his name called by the Washington Capitals, many expected the Raiders to take a step back this season, a natural progression in the junior hockey lifecycle.

That has not been the case however as the savvy group has continued its success from last season, currently holding 29 points through 20 contests to sit first place in the WHL’s East Division, as the team’s younger players like Aliaksei Protas, who has 30 points across 20 appearances to sit tied for first in league scoring, have taken hold of the offensive baton for the team and emerged as key leaders along the way.

“We’ve earned the respect again this year,” Habscheid added. “We have good players who replaced them and the culture of winning has stayed. Players like to win and they don’t like to lose. That’s a big part of it, but it’s still early. We like the way we’ve started off, and once you’re winning you want to keep winning, and that’s what the guys can continue to do.”

In recognition of their success, Prince Albert was awarded with the hosting duties of the deciding game of the 2019 CIBC Canada Russia Series, an event that celebrates hockey within the tight-knit community while giving local supporters an up-close look at talents from coast-to-coast who are aiming to earn a spot with Team Canada on the national stage at the 2020 IIHF World Junior Hockey Championship.

“It’s important for the town. It’s a smaller rink and it’s a smaller community but to get an event like this is always good,” Habscheid detailed. “We’re proud of our city and our rink, and we hope we’ll be able to finish off the series with a win.”

The opportunity also offers a different viewpoint for Habscheid, as the longtime head coach will serve as an assistant alongside Canada’s national junior head coach Dale Hunter of the London Knights.

“I’m just here to help,” Habscheid concluded. “This is for the Canada Russia tournament, but it’s big picture for sure. It’s to evaluate for the world juniors. I try to help in identifying the best guys for Christmas.