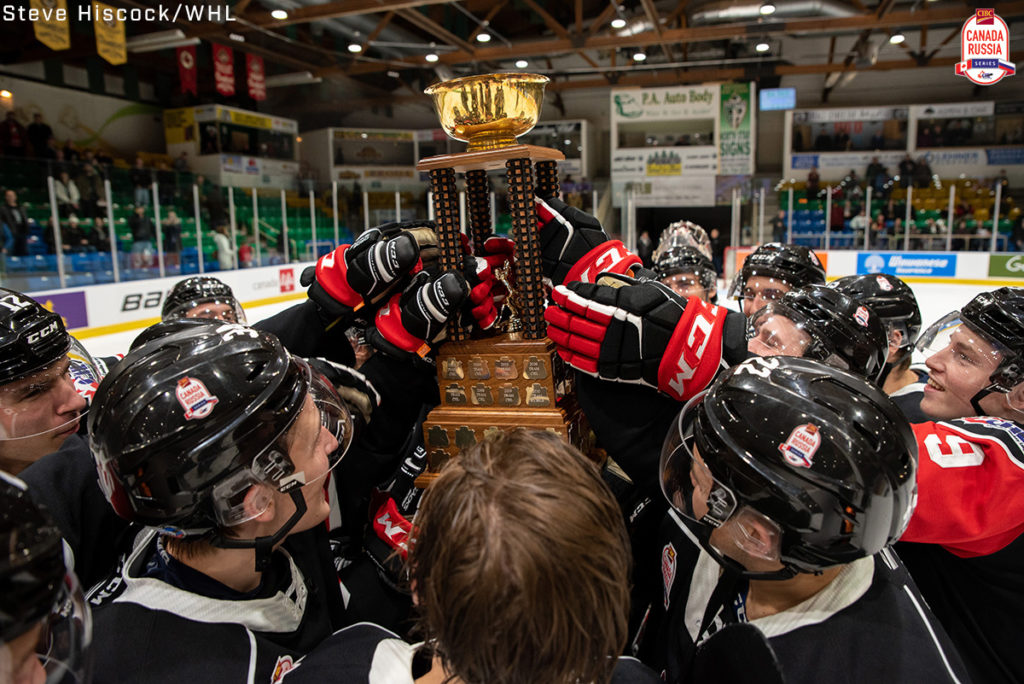 The 17th edition of the CIBC Canada Russia Series was one for the ages with a record five games decided by one goal margins including four that required extra time and the overall outcome determined by a series ending shootout.

In the end it was the Canadian Hockey League who emerged victorious for the 13th time in history with a 10-9 series triumph in points following wins in Game 2, 3, and 5.  Russia wins in Game 1, 4, and 6 forced the tie-breaking shootout where it was the heroics of Kelowna Rockets captain Nolan Foote that made the difference.

The CHL’s series victory is their first since 2017 which coincidentally marks the only other time a series deciding shootout was needed to determine a winner.

A total of 57 players drafted by NHL clubs competed in the series with the Minnesota Wild, Montreal Canadiens, and Vegas Golden Knights represented by four prospects.  An additional 14 players pegged for the 2020 NHL Draft suited up throughout the series including nine ‘A’ rated prospects in NHL Central Scouting’s ‘Players to Watch’ list for November.  Click here to see all NHL prospects.

This year’s edition of the CIBC Canada Russia Series had near record attendance with a total of 37,168 fans enjoying all six games.  That figure is just 759 shy of the record 37,927 fans who attended the very first series in 2003.

The series is used as an evaluation for Canada’s National Junior Team that will compete in the 2020 IIHF World Junior Championship to be played in the Czech Republic.